On 28th September 2013 we had our Mid Year Bubu Party at ‘t Vat. Originally this event was planned to take place on August 3rd 2013, however due to the passing away of our table brother Andy Lijkwan in that period, we postponed it to the end of September. We dedicated this event to Andy and we can look back at a successful event where a large amount of fun and beautiful people had a great time.

Two of the top current DJ’s of Suriname were present, DJ Mario and Andy Safado, and showed the crowd their skills and showed why they are on top now. Our Bubu cocktail was off course the talk of the event and was appreciated by most of the party party people. We further introduced our new cocktail at this event, the “AL 70”, which was named after Andy (AL 70 = Andy Lijkwan 1970, this was the year of birth of Andy). The “AL 70” was also much appreciated by the party people, especially because of the sweet taste and the story behind it.

Our next Bubu party will be on 28th December 2013 and we can’t wait to see you all there ! 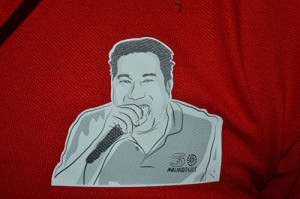